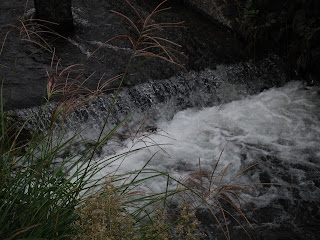 Ah...l'amour. The delicious pain of love and all that mumbo-jumbo. I was never good at expressing romance in writing but the French seem to do it very well. To me, Paris hasn't just been the City of Lights but also the City of Love through the various examples of pop culture that I've witnessed over the past half-century. On the other hand, Japanese society has never struck me as being all that particularly openly affectionate. In fact, I read one news report years ago where a crotchety old man supposedly smacked a young couple with his cane, maybe in Shibuya, and gave a sound reprimand to them for kissing in public.


For years, I've heard about the very amiable friendship between Japan and France, and perhaps I can only speak from the Japanese side of things, but I speculate that French movies and music (among other aspects), including the genre of chanson, became cherished parts within the Japanese fandom because of that envied openness and elegance in the expression of love. If there are any French viewers of "Kayo Kyoku Plus", I could welcome some insights.

Anyways, my preamble (or pre-ramble) here exists because I wanted to introduce the 50th single by Mari Sono（園まり）, "Nagasarete" (Swept Away) which was released in August 1978. Now, Sono has been known to me primarily for her 1960s kayo songs such as "Aitakute, Aitakute" （逢いたくて逢いたくて）, but "Nagasarete" impressed me as a totally different tune for her. It's definitely not the usual kayo and seems to take listeners all the way to France as a witness to a very ardent romance as a couple get swept away into the whirlwind of love. Even the melody feels like a very gusty breeze.

It then doesn't surprise me that "Nagasarete" was composed by singer-songwriter Mieko Nishijima（西島三重子）and written by Kenji Kadoya（門谷憲二）. Nishijima is someone that I've known as weaving these oft-soaring tunes with an exotic feeling that though they never quite hit the heights of Oricon but have always embedded themselves into my own kokoro (awwww....) since the 1980s. Moreover, both she and Kadoya created one of my favourite kayo, the hauntingly lovely "Kamome yori Shiroi Kokoro de" （かもめより白い心で）.

In any case, I've also classified (initially) "Nagasarete" as a chanson just purely on how the song feels to me, although again I'm open to any fans of the genre and/or French readers of KKP agreeing or disagreeing. Mind you, I've just come across the Wikipedia article on "Nouvelle Chanson" which states that there has been considerable debate on what would be considered chanson or who belongs in the genre.
Posted by J-Canuck at 10:42 PM