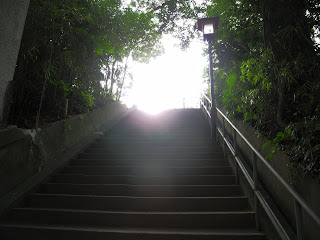 Not really my favourite SPEED song, but "my graduation" is something that I used to see a lot of on the various rankings shows. I definitely remember the scene where the members sang around that nexus of microphones.

"my graduation" was SPEED's 6th single released in February 1998 and it was written and composed by Hiromasa Ijichi（伊秩弘将）who created a lot of the group's hits. According to J-Wiki, the song's lyrics don't directly reference anything about graduations which I'm not sure that I agree with. Perhaps they may not refer directly to any graduation ceremonies but they certainly hint at a major transition in a person's life and illustrate the gratitude that the person has to that special someone. It might be a past romantic interest but I think it can also easily pertain to now-former high school classmates and buddies who are now going in their own separate directions. Besides, according to that same article, it has become one of the popular songs to be played at graduations.


Interestingly enough, "my graduation" was used as a campaign song for Nisshin's brand of yakisoba known as "UFO"...because of course, when one thinks of graduations, one has to think of seasoned noodles (yes, I'm being sarcastic). The song was at No. 1 on Oricon for 3 weeks straight and ended up as the No. 3 song of 1998, selling a total of 1.75 million copies. On the Oricon list for top singles in its history, it ranks at No. 89.

The song also got onto SPEED's 2nd album "Rise" which came out in April 1998. That album also hit No. 1 for 2 weeks and became the No. 9 album of the year, selling over 3 million copies. SPEED also showed up on the 1999 Kohaku to perform a special version of the song.
Posted by J-Canuck at 8:25 PM