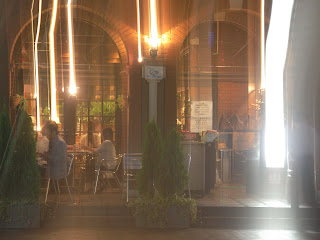 Almost two years ago, "Kayo Kyoku Plus" introduced 80s aidoru Marico（真璃子）and one of her songs "Nijuu-ni Shoku no Heart" （22色のハート）, a number that I noted was a bit surprising since it sounded more polished than the usual teenybopper tune. I had to do a double take in her J-Wiki profile to make sure that I read it right...she was considered an aidoru. Frankly, I thought the arrangement was such that I would have put this song up with anything that EPO or Miki Imai（今井美樹）had recorded during that decade.


Well, it looks like Marico did it again to me. And once again, I can give thanks to songwriter Etsuko Yamakawa（山川恵津子）, although this time, she was responsible for the arrangement rather than actually composing "Mahou no Jikan" (Magic Time). The composer here was the very prolific Kyohei Tsutsumi（筒美京平）while the just-as-prolific Takashi Matsumoto（松本隆）provided the lyrics.

The main thing is that Marico had these three major songwriting talents taking care of this B-side to her 2nd single "Koi, Miiitsuketa"（恋、みーつけた....I Found L-O-V-E!）from May 1986. Then, there is the singer's delectably breathy, perhaps near-whispery, delivery of "Mahou no Jikan", a dreamy song which takes Marico and the listener close, but not quite, to City Pop land. It's got a strut-worthy beat, an electric guitar flitting about, and a haunting piano surrounding her, plus some nice chorus work. Once again, I am left thinking that this aidoru number is a cut above the average. Magic time, indeed. Let's see how rare one of her albums is online.
Posted by J-Canuck at 7:37 PM