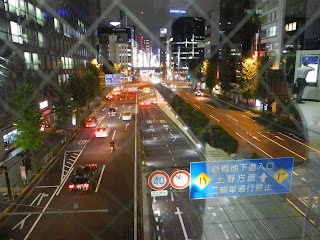 Namihiko Omura（大村波彦）is an actor and a singer-songwriter that I had never heard of before, but according to his J-Wiki profile, he debuted in the early 1970s as a teenager and then seemed to get into a lot of suspense and detective dramas on TV into the 1980s.


I found out about him through a happenstance find on YouTube one day. "Tasogare Urban Time" (Sunset Urban Time) is the B-side to what I think was his 3rd and final single released in 1981, "Tobikakare Jikan ni"（飛びかかれ、時間に...Soar When The Time Comes）. From the preceding link, you can see Omura's ruggedly handsome figure on the cover of the single, and the A-side was a song that was featured on a Fuji-TV drama starring him called "Tadaima Hokago"（ただいま放課後...Hello, After School）. Not quite sure whether he was playing a university rugby player or the actual coach.

Over the ten years that I've known about the genre name of City Pop and all of the wonderful songs therein, I've been able to somewhat classify them into a few sub-genres such as the late 80s type with that sophisti-pop feel and those champagne synths, the 1970s variety, the more contemporary version in the 21st century, and then the City Pop that transports folks to the West Coast of the United States. "Tasogare Urban Time", though, is one song that I would place into my Square One of the Japanese urban contemporary genre, that of the early 1980s gritty Japanese metropolitan downtown region which would fit as a song to be played on some cop show on NTV, for example. Of course, the one great song that belongs there is "Ruby no Yubiwa"（ルビーの指輪）by Akira Terao（寺尾聡）.

For me, I have that special affection for songs like "Ruby" and "Tasogare Urban Time" because the former remains basically the first City Pop song that I have heard while the latter rather follows that template. I love those wistful strings on "Tasogare Urban Time", which was created by Masashi Komatsubara（小松原まさし）, along with the instrumental touchstones of this particular sub-genre: the strutting beat and the guitars. There is a certain 1980s Japanese noir feeling with this particular section of music and sometimes I just feel like putting on a whole denim outfit and walking the beat in Shinjuku although I will politely eschew the cigarettes.
Posted by J-Canuck at 4:26 PM