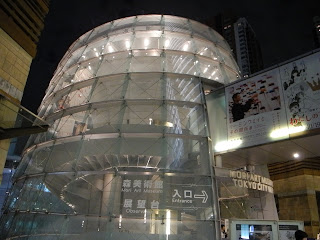 Last night, I had dinner with an old friend of mine and his wife. All three of us are pretty diligent foodies but the friend and I also have an affinity with Japanese pop music. So we were talking a little on how the Oricon yearly charts over the past few years have been dominated by the alphabet aidoru groups with a little representation by either Arashi or Exile. As much as we sometimes wish that some variety would return to the charts in terms of individual singers and genres, we also mused that because of the charts being filled with so much aidoru, perhaps music fans have started to search for alternate sources of melodic enjoyment with these bands starting to come into the fore. My friend has found some hitherto unknown acts in Japan and I have as well. I guess in a way, Newton's Third Law of Motion has been enacted.


In the last several weeks, I've come across acts such as microstar and Lamp thanks to YouTube and commenter tips. Not that such bands have suddenly started their careers. These folks have been around for many years but I've only made their acquaintance very recently and I guess it may have been my curiosity for something new that has made these discoveries all the happier for me.

Another band that has not only piqued my curiosity but has garnered interest enough for me to want to get their material is BLU-SWING. According to their website, the band released their first major album in 2008, "Revision" and cover the genres of City Pop, Club Jazz and Hip-Hop. BLU-SWING has keyboardist Yusuke Nakamura（中村祐介）, bassist Shinji Hasuike（蓮池真治）, guitarist Show Kojima（小島翔）, drummer Tomoaki 'Bhutan' Miyamoto（宮本“ブータン”知聡）and vocalist Yuri Tanaka（田中裕梨）.

"Flash" is the title track from their 2015 album. Man, do I like the smooth running of this song and the arrangement had me thinking of some of that wonderful Misia and bird soul from the beginning of this century. I think Tokyo nighttime drives have become even more attractive. Wouldn't it be nice for an urban contemporary song with some good groove to crack the Oricon Top 10 for the year someday?
Posted by J-Canuck at 4:44 PM

Email ThisBlogThis!Share to TwitterShare to FacebookShare to Pinterest
Labels: 2015, BLU-SWING, City Pop, J-R and B, Single