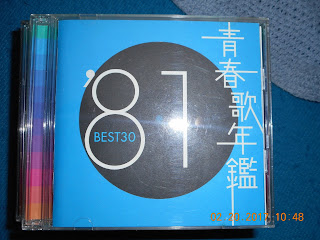 My previous article dealt with my return to the 90s pop band My Little Lover where I remarked on the melodic guitar pop that was one of my observed trends during that decade. Coming to this article, I realized that among the City Pop, frilly aidoru, enka and synthpop that liberally made themselves at home during the 1980s, there was also room for male bands that had their own their merry mellow melodies which skirted the line between light kayo and AOR. I'm talking outfits such as H2O and Picasso. Now, I've found another one.


Back in early May this year, I wrote about singer-songwriter Ryohei Yamanashi（山梨鐐平）and his "Taiyo ga Shitteiru"（太陽が知っている）, a snazzy and brassy City Pop tune about the good life that he recorded in 1982. I was able to find about it thanks to a purchase of a "Light Mellow" album, and upon reading the liner notes, I discovered that he used to belong to a trio called Do! that lasted about a couple of years perhaps between 1979 and 1981. Considering how impressed I was with "Taiyo ga Shitteiru", I decided to investigate Do!...after all, it isn't every day that I come across a band whose name consists of one consonant, one vowel and an excitable punctuation mark.

My whole knowledge about Do! came from two lines of text in the article for Yamanashi in J-Wiki (so I guess this was more about Don't! or Can't!). Basically, the trio consisted of Yamanashi and members from other bands: Takaaki Fujioka（藤岡孝章）from the comical band Mari-chans（まりちゃんズ）and Hideo Itagaki（板垣秀雄）who originated from another comical band Salty Sugar（ソルティー・シュガー）, famous for the cheerfully heroic "Hashire Koutarou"（走れコウタロー）. Do! released 6 singles and 2 albums during their time together, which is pretty prolific considering it was just a few years.

One of those releases came out in 1981 and it was titled "Yoake made Tenshi" (Angel Til Daybreak). It's listed on Amazon as a 7" EP record. I have to say that the three of them on the cover look like they're posting as a new breed of Tokyo cop in their own show. The song itself though is pretty grounded despite the comical background of Fujioka and Itagaki. Written and composed by Fujioka and arranged by Kimio Mizutani（水谷公生）, at first, I wondered whether this would be considered to be a New Music tune because I felt that there was something kinda European with Mizutani's arrangement, but with the probable influence of the strings, the melody brought me back onto the side of regular kayo. Still, because of the tug-of-war, I'm also throwing in the New Music label.

Referring back to my first paragraph, based on what I've heard in "Yoake made Tenshi", my impression is that Do! could have belonged to that type of male group with that distinct melange of harmony (and there is some nice harmony in the chorus...somewhat reminiscent of Anzen Chitai and Alfee) and mellow melody. I have to listen to more of their work to make sure, though. My initial thought was that Do! was a City Pop act based on Yamanashi's "Taiyo ga Shitteiru", but that's not the case here.
Posted by J-Canuck at 8:47 PM