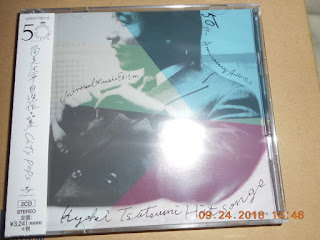 I gave another listen to CD 1 of veteran composer Kyohei Tsutsumi's（筒美京平）50th anniversary tribute album last night, and once again, it was good to hear the old kayo.


Over the past several months, I've peppered the Tsutsumi file with some of the songs from the album such as Ox's "Swan no Namida"（スワンの涙）and Zariba's（ザリバ）"Aru Hi"（或る日）, and here is another interesting entry by the late musician Hiroshi Kamayatsu（かまやつひろし）.

"Seishun Banka" (Elegy of Youth) was Kamayatsu's 5th single as a solo artist following the end of his old Group Sounds band The Spiders（ザ・スパイダース）and it was released in November 1972. With the help of the harmonica at the start, Kamayatsu sings a bittersweet (happily more on the sweeter side) folksy ballad that's so reassuring and tender like the 10 oz. sirloin that I had almost a couple of weeks ago. The cover of the single perfectly matches the mood of Tsutsumi's melody and for that matter, Yu Aku's（阿久悠）lyrics about a woman going through love and life through the representation of the four seasons. It's short and very sweet, but happily, even though the message is that youth goes by quicker than people would hope, there is still a measure of contentedness at the end as a full adult. 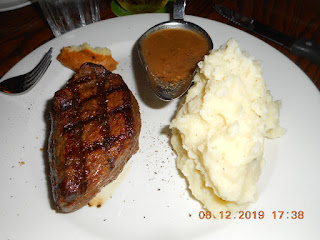