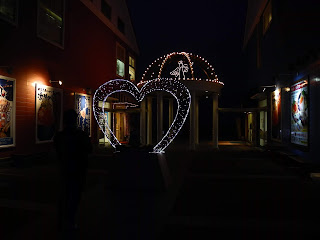 Knowing about the wonders of the vocals of both singer-songwriters Chikuzen Sato（佐藤竹善）and Harumi Tsuyuzaki（露崎春女）, and then seeing the latter help out on backing chorus for the former's band, Sing Like Talking, through a couple of YouTube videos, I figured that the two of them would have to have done an official duet together.


But of course, that was definitely the case. For Tsuyuzaki's first album "Harumi Tsuyuzaki" released in November 1995, there is a track titled "In This Love" with her and Sato performing a ballad arranged as if it had come from a decade before. I thought that there was something very Whitney Houston or Peter Cetera or David Foster. In addition, those vocals are just amazing...a Reese's Peanut Butter Cup of Japanese romantic balladry.

I'm not sure when those Sing Like Talking YouTube videos featuring Tsuyuzaki in backup had been originally filmed but I can only speculate that it must have been very early in her career. With a wonderful voice like that, there was no way that she could stay in the background for long.
Posted by J-Canuck at 7:31 PM