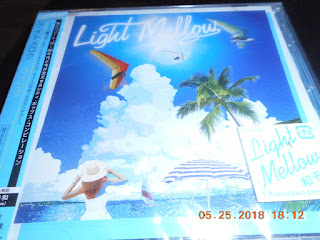 For a long time, I had known about the actress Ayumi Ishida（いしだあゆみ）on television but didn't realize that she was a singer, and certainly I was surprised to find out that it was her vocals that graced the classic Mood Kayo "Blue Light Yokohama"（ブルーライト・ヨコハマ）. Since that realization and my creation of the blog, I've been paying more attention to her hitherto unknown discography.


Currently, I'm having the same experience with actress, TV personality and singer Ayako Sawada（沢田亜矢子）. She was another presence that I used to see in dramas and commercials for years on Japanese TV, and I have just read that she used to be one of the first co-hosts of the NTV morning talk-variety show "Look Look Konnichiwa"（ルックルックこんにちは）.


Well, I've also learned the fact that she also had spent her time as a singer for nearly a decade between 1973 and 1982. In fact, according to a 1973 issue of "Heibon Punch"（平凡パンチ）via J-Wiki, Sawada was drawn into show business at the age of 23 when she had been scouted while playing piano in a bar at the Takanawa Prince Hotel in Tokyo as a part-time job.

Though her first two singles came out in 1973 in short order, it would be about four more years before her 3rd single was released in May 1977. That was "Michinori" (Limits of the Journey[?]), a slightly melancholy kayo with strings and horns sung beautifully by Sawada. Written by Masami Sugiyama（杉山政美）and composed by Kantaro Yamamoto（山本寛太郎）with arrangement by Katsuhisa Hattori（服部克久）, I wasn't able to find the lyrics online but from the sad but seemingly never-give-up beat, I can only imagine that it's about someone getting on with life despite a setback, romantic or otherwise. The song was also the opening theme for a drama that had Sawada in the cast, "Sasurai no Tabiji"（さすらいの旅路...Wandering Journey）.


Strangely enough, though, the very first time that I heard an Ayako Sawada song was through my recent purchase of a CD from the "Light Mellow" series. In "Wing", I found an example where she had jumped on board the City Pop bandwagon originally through the B-side of her 7th single "Dance ni Muchuu"（ダンスに夢中...In Love with Dancing）from 1981. Titled "Air Pocket", I'm not surprised that this had been welcomed into the "Light Mellow" series since those two words describe "Air Pocket" to a T. It has that summery saunter to it including a nice guitar solo. Tsuzuru Nakasato（中里綴）wrote the lyrics of enjoying that City Pop life in which there is even a quick shoutout to Boz Scaggs. Junichi Kamiyama（神山純一）took care of the lightly bouncy music. Both A and B sides were also on her 2nd album from 1981, "Silky Night Sawada Ayako First Album"（Silky Night 沢田亜矢子ファーストアルバム）. I gather that the "First Album" naming was due to that this was not only her inaugural release for Crown Records but it was also her first album in nine years since her debut album in 1973 for RCA Victor. 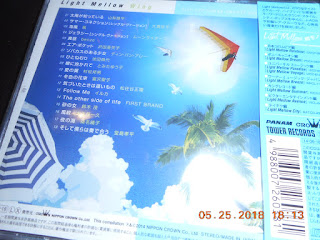 P.S. Her daughter, Kaori Sawada（澤田かおり）, is a singer-songwriter as well, and you can take a look at one of her songs.
Posted by J-Canuck at 8:12 PM