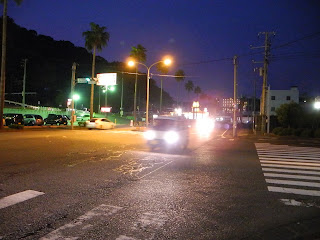 Over a week ago, I provided the article "Shigeru Suzuki -- Sunset Hills Hotel, Side A" regarding Suzuki（鈴木茂）getting a bunch of his fellow musicians together to create compilation albums of instrumental music basically with an AOR feeling. "Sunset Hills Hotel" was the first of three such compilations all released in 1987.

Just so that I can finish what I've started, here is my look at Side B of the original LP, beginning with "Transit Airport" by the late Kazuhiko Kato（加藤和彦）at 23:50. Out of all of the tracks on "Sunset Hills", I feel that this is probably the most appropriate as background music for some sort of Japanese comedy-drama. And yep, it isn't particularly my favourite track because of that. The synthesizers come into play here as light and plucky strings and then a steady beat comes into play before some boozy synth-horns stumble their way onto the airport floor. It may indeed describe a fairly harrowing hike through the airport for check-in and luggage pickup midway through a flight.

Following the comical "Transit Airport" is Asami Kado's（門あさ美）more flavourful "Purple Rose Goodbye" at 28:41. Although the liner notes that I saw at Amazon hint that it isn't Kado doing the velvety slow scatting, I did see the name Atsuko Honda（本田淳子）, nee Atsuko Souma（相馬淳子）, who has also gone by the professional moniker of Rajie, a City Pop veteran. "Purple Rose Goodbye" is downright romantic bar jazz rather than AOR with the piano and sax. I almost felt like putting a $20 bill into the non-existent goblet on the grand piano as I was listening to this! It's so steamy and creamy at the same time...kinda like sampling some melodic chocolate fondue.

Guitarist and singer-songwriter Chuei Yoshikawa（吉川忠英）is a name that I have heard before and it's possible that I may have mentioned him in a few of the articles on "Kayo Kyoku Plus", but this is the first time that he's been put into the Labels because he is responsible for "On The Second Honeymoon" at 33:17. According to Wikipedia, his genres are folk and jazz, but this particular track has more of a gentle bossa nova beat.

At 37:21 is Shinichiro Miyagi's（宮城伸一郎）"Long Distance Call" which sounds faintly like "The Rose" and "My Way" in certain parts. Thanks to the synthesizer here, there is something quite 80s dreamy, perhaps even ethno-ambient thanks to the exotic arrangement and the percussion. I started imagining some of those coming-of-age movies from that decade such as "St. Elmo's Fire" and "The Breakfast Club" for some reason as I was listening to this. The titles and composers of all of the tracks at the YouTube page by Rare Japanese Sounds were written in English so I'm not 100% certain, but if it's indeed the right Miyagi, then he was the bassist for the 1970s folk band Tulip（チューリップ）.

Finally at 40:40 is the final track, and this time, it's Masataka Matsutoya（松任谷正隆）who created this one. "Her Sunset Smile" is also probably performed by Matsutoya himself as a lonely piano starts things off. I wasn't too crazy about that particular synthesizer flowing in right after although the second synthesizer riff was more acceptable. I remember in an interview long ago that Matsutoya had said that he regretted relying so much on synthesizers for his wife Yumi's（松任谷由実）albums in the late 80s and early 90s, but I gather that he was interested in putting some more experimentation on the musical technology at the time; no harm in that. In any case, "Her Sunset Smile" is the short and sweet epilogue to an eventful day at the surroundings by the Sunset Hills.

As a summary, I think Side B of "Sunset Hills Hotel" mixed in and featured more to the fore a few more different genres than the more straight-ahead AOR Side A. I could be churlish and say that I prefer Side A over Side B, but as I mentioned, "Purple Rose Goodbye" and "On The Second Honeymoon" are also my favourites. Overall, Suzuki's first contribution to his 1987 series would be an album that I would be interested in acquiring on CD later this year, if it's available, and certainly I would be curious about the next two albums.
Posted by J-Canuck at 9:03 PM