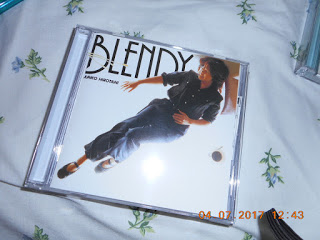 I did say that I would put up some more of the tracks from Junko Hirotani's（広谷順子）"Blendy", didn't I? Well, that was more than 2 years ago...sorry. (🙏)


Mea culpa. Allow me then to pacify some of those Hirotani fans with "Hohoemi ni Nemurasete" (Let Me Sleep With a Smile), a track from that very same 1980 album. Written by Yumi Morita（森田由美）and composed by Hirotani, it's indeed a chamomile-level calming tune of the time with the singer's tender vocals and some of those appealing shimmering strings. Plus, one can't go wrong with a nice sax solo as well.

The song was also the B-side to Hirotani's peppier 3rd single "Blue Rainy Station"（ブルーレイニイステーション）which was released in January 1980.
Posted by J-Canuck at 8:12 PM