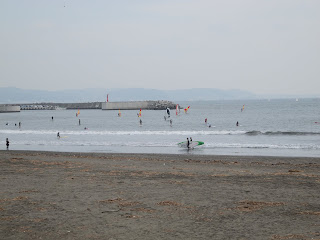 Can't believe it's already halfway through August. At this rate, we may as well get the autumn jackets ready to launch.


It's nice to have the Negicco girls back with this for the summer. I've been seeing a lot of compliments for their 20th single, "Mujun, Hajimemashita" (Contradictions, Started), and it's rather refreshing to hear an aidoru group tackling a genre that I don't usually associate with the contemporary teenybopper-related singers, Latin. This came out in March 2016, and though it's got those samba horns, it's not super-high energy. It's quite relaxing, actually, especially with warm and honey saxophone solo.

Created by singer-songwriters Asako Toki（土岐麻子）and Yu Sakai（さかいゆう）, on first listen, I wasn't quite sure how to categorize "Mujun, Hajimemashita", the story of someone going through an existential crisis of sorts (anyone who thinks about having a cream puff with a can of beer...that's a red flag for me). I was wondering whether, along with the "Aidoru" label, I should also be thinking of it as a neo-City Pop or as a neo-Shibuya-kei piece, but with further listenings, I felt that the Latin label was perfectly fine.

As for the nice and simple music video, Negicco was joined in the latter half of the song by members of the now-disbanded Especia, along with members of other groups and individual singers that I'd never heard of such as PUMP! and lyrical girl. "Mujun, Hajimemashita" broke into the Oricon Top 10 by hitting No. 8 and it is also included in the group's 3rd studio album "Tea For Three"（ティー・フォー・スリー）from May 2016.