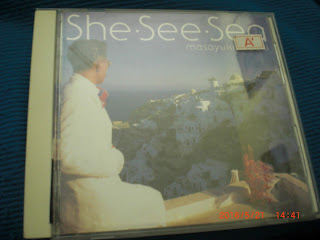 Weather can be very changeable overall and even more so in my city. 2 weeks ago, we were looking at a temperature barely reaching 6 degrees Celsius and snow showers whereas today, Toronto will reach at least 28 degrees with a Humidex of around 35 degrees. Summer has landed prematurely...not that many of us are complaining. In other news, we've had a couple of missing capybaras from the High Park Zoo for the past few days.

It's a very warm Friday so perhaps it's time for some hot soul from the guy who owns the lion's share of it, one Masayuki Suzuki（鈴木雅之）. I bought his 7th album from October 1994 at a used CD shop one day several years ago and the case certainly saw its share of abuse; the hinges were broken so basically the CD case was a convertible.


Still, nothing wrong with Martin's music. Track 2 is "Toubousha"（逃亡者...Fugitives）, an urgent and speedy number about a couple being on the run...whether from parents, creditors, the Mob, it doesn't matter. The man and woman are crazy in love. Written by Saeko Nishio（西尾佐栄子）and composed by Yasuhiro Abe（安部恭弘）who decided to go with a pen name that could be read in so many ways that I'm not going to bother translating it, the backing band has got a couple of known names in veteran saxophonist Jake H. Concepcion and keyboardist and arranger Akihiko Matsumoto（松本晃彦）who later provided the soundtracks for the "Odoru Dai Sosasen"（踊る大捜査線）movie franchise.


Track 7 is "Sokonashi no Umi"（底なしの海...The Bottomless Sea）by Abe again and lyricist Kitsuma Ohki（大木きつま）. Slightly mellower in sound but the theme of turbulent love is still in there. I sometimes think that Suzuki would have made the ideal Rod Serling-type of host for an anthology series on romance. 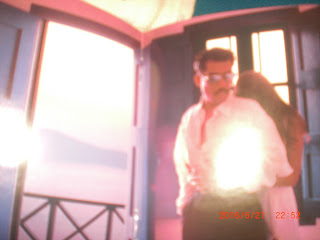 The next track is "Nanimo Iwazu ni"（何も言わずに...Without Saying A Word）written by Hideki Ando（安藤秀樹）and composed by veteran Kyohei Tsutsumi（筒美京平）. Suzuki goes even more tender as he croons about having those sleepless nights over that special someone he has fallen head over heels with. There seems to be a certain 1970s soul feeling in the arrangement, and the strings really add to the experience.

"She-See-Sea" also has the single "Chigau, Sou Janai"（違う、そうじゃない）, Martin's musical plea for another chance. The album managed to get as high as No. 4 on Oricon. 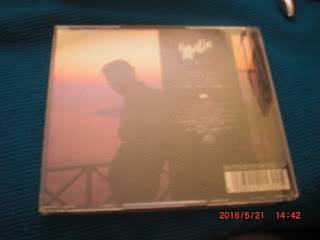