I heard "Debune Sanbashi" by enka singer Sachiko Shiina（椎名佐千子）last week on NHK's "Uta Kon"（うたコン）and remember being quite entranced by it. And I'm not quite sure why. The title meaning Wharf of a Departing Ship along with the lyrics by Toshiya Niitani（仁井谷俊也）aren't particularly revolutionary as far as an enka song goes. There have been plenty of enka about the sad story of a couple being separated at the docks due to various circumstances. And certainly, Chiaki Oka's（岡千秋）melody doesn't particularly stand out among the other enka melodies to have been composed.


But somehow, Shiina brings all the elements together quite nicely. I'm not sure whether this will ever eventually become a classic someday but when the singer performed it last week, "Debune Sanbashi" felt quite comfortable. Perhaps it was the strong and steady delivery that helped steer the titular ship forward although it left that poor forlorn lady at the pier. And I can hazard a guess that it made for that nice contrast with the previous pop songs which had been performed...something that "Uta Kon" is now mixing far more than its predecessor show "Kayo Concert"（歌謡コンサート）did.

Unfortunately, I don't know when exactly "Debune Sanbashi" was released although the year is most likely 2016 since there is no particular record of her output beyond 2015 according to her J-Wiki entry.

Shiina is an enka singer that I have seen a number of times now on the two NHK music programs. Born in Asahi City, Chiba Prefecture in 1982, she had been inspired by her grandmother who had also wanted to become a singer, and entered her fair share of karaoke competitions since her elementary school years, winning a number of them. As another winner in such a contest when she was a junior high school student, she was scouted out by composer Jun Suzuki（鈴木淳）which started her 4-hour round-trip commutes between Asahi City and studio offices in Roppongi, Tokyo for lessons. Suzuki and the aforementioned lyricist Niitani would create her debut single "Go-iken Muyo no Jinsei da"（ご意見無用の人生だ...A Life of Useless Opinions）in April 2002. 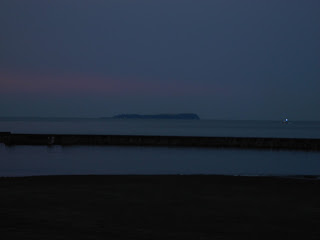