It's not my usual thing to write an article on one singer less than 24 hours after I wrote about the same singer on the blog, but when I saw the title for Ikue Sakakibara's（榊原郁恵）4th single from October 1977, I simply had to go after it.

After all, it's not every day that you come across a shoutout to two major figures in cinema within a kayo kyoku title. The last time I saw something like that wasn't even in the Japanese music world. It was "Robert De Niro's Waiting" by Bananarama, and now I've encountered De Niro's contemporary in Hollywood along with a French heartthrob for Japanese women from my mother's generation in Ikue-chan's "Al Pacino Tasu Alain Delon Yori Anata" (You Are Better Than Al Pacino and Alain Delon Combined).

Yukinojo Mori（森雪之丞）wrote and composed this breezy and skippy 70s aidoru tune (with a hint of Gay Paree thanks to that accordion) about a girl who may not appreciate her boyfriend's dismal attempts at imitating Pacino and Delon but still thinks he occupies a higher pedestal than those two thespians. And considering that the song had been released many years before we all witnessed growly and hoarse Pacino in "Scent of a Woman", it's no wonder that the beau really didn't impress with his impression back then.

There's no information at J-Wiki on whether "Al Pacino" made any big headway onto the charts (although the video below apparently had it at No. 9) but the song was arranged by Reijiro Koroku（小六禮次郎）who would later also do the same job on a bigger hit for Ikue-chan, "Natsu no Ojosan"（夏のお嬢さん）in the following year.

I know that both Pacino and Delon have made it over to Japan to promote their various projects over the decades, so I kinda wonder if the reporters had ever unleashed the song on either one of them. I wouldn't be surprised if it actually had happened but there's a part of me that wished it didn't. 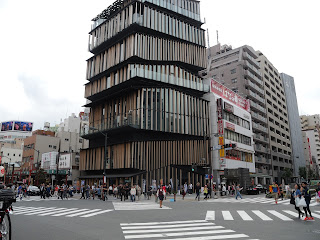