Happy Monday to you all. Late last year, I had put up an article based on the title track of Ikue Sakakibara's（榊原郁恵）1982 album "Slow Memory" but unfortunately since the only recorded sample of the song got taken down, I had to put the article back into draft status (well, happily that's been rectified).

But I could find another track from the album to spotlight tonight. That would be "Arrangement", which like the title track and presumably the other songs on "Slow Memory", has more of a straight contemporary pop feeling. I had always presumed the pixie-like Ikue to be all about the happy-go-lucky aidoru music so it was a revelation to come across the music from this particular album.

"Arrangement" has the singer sounding less like her super-cheerful self and more along the lines of Mizue Takada（高田みづえ）or Yoshie Kashiwabara（柏原芳恵）in ballad mode. With Etsuko Kisugi（来生えつこ）providing the lyrics, singer-songwriter Shogo Hamada（浜田省吾）composed the music that skirts on the edge of City Pop and has a certain mystique about it. In particular, there is that ghost-like twangy guitar off in the background that keeps things interesting.

It's another one of those discoveries that has me "Hmmm..." when it comes to potential shopping choices...provided that the album exists online somewhere. 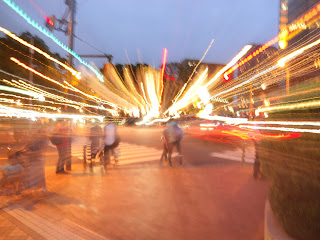