Tamori（タモリ）, aka Kazuyoshi Morita（森田一義）, is probably one of the biggest (if not the biggest) tarento in the geinokai. He's been the congenial host for a number of programs over the past 30 or so years including what was his daytime flagship show, "Waratte Ii Tomo!"（笑っていいとも!）which finished its 32-year-old run on Fuji-TV in the noon hour slot back in early 2014.

But no matter. He still has his duties on TV Asahi's "Music Station" at 8pm on Fridays and if folks are willing to wait another few hours, he comes back on at 12:30 am Saturday mornings on the same channel to host his long-running "Tamori Club"（タモリ倶楽部）which is a half-hour with him and a number of his tarento cronies exploring some aspect of the many sub-cultural hobbies that abound in Japan such as train enthusiasm. Sometimes, though, the topics got a little racy (hence the late-night starting time) and that included a show on...vibrators of all things (cough, cough).


However, one of his recent shows started up in 2008 on NHK. Titled "Buratamori"（ブラタモリ...Strolling Tamori）, this particular variety program is similar in tone to "Tamori Club", except that it is focused on a specific town or city each week in which Tamori, an NHK announcer and a guide to the area explore some of the more hidden and/or historical niches through a walk. I'm sorry that TV Japan doesn't get "Tamori Club", which I used to watch regularly from the confines of my futon, but "Buratamori" makes for a nice enough substitute. The show is currently going through its 4th series of episodes on Saturday nights.


Plus, I also enjoy the opening theme to "Buratamori", "Megami" (Goddess) by veteran singer Yosui Inoue（井上陽水）. Lately when I've written about some of the more Latin tunes in J-Pop, it's been more on the bossa nova side, but for the first time in a while, I'm glad to be able to cover the more salsa side of things via "Megami". Inoue wrote and composed this appealingly spicy number specifically for the show so I'm not sure if it will come out as a single or pop up on a future album of his. Still, it is good to hear the full version here. 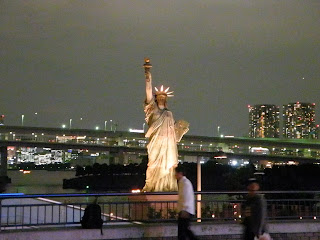