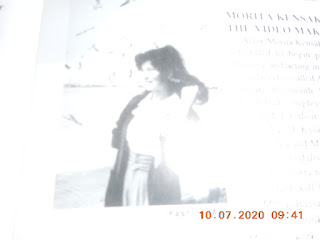 On last night's "Uta Con"（うたコン）, veteran singer Aki Yashiro（八代亜紀）appeared on stage and we all found out that it was her 50th anniversary this year in show business. Well, I wasn't about to let that opportunity go to waste.

There were her big hits at the turn of the decade into the 1980s with "Funauta"（舟唄）and "Ame no Bojou"（雨の慕情）, but Yashiro's debut was in 1971 with her September debut single "Ai wa Shindemo" (Even If Love Dies). Written by Mitsuo Ikeda（池田充男）and composed by Shinichi Nozaki（野崎眞一）, it's one of those songs that I'm not sure whether it's an enka or a Mood Kayo. The arrangement in the above video has plenty of the latter with the trumpet. But I would love to hear the original recorded version about the exquisite pain of knowing that a romance is about to come to its end. It's made more exquisite through Yashiro's smoky vocals.