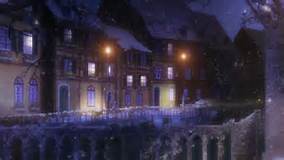 I was going to call it a night with just two articles for the daily dose of "Kayo Kyoku Plus", but then I happily discovered, or I should say re-discovered, this gem after a long while.
(22:34)
Not certain whether the other contributors such as Noelle, Marcos or HRLE92 have been in this situation but in my case, there have been songs that I have wanted to talk about on the blog for years and years. However, of course, that all depends on whether they can be found on YouTube, any similar sites and if worse comes to worst, iTunes. If there is no possibility of tracking it down, then I'm just out of luck.
I've had my own CD of golden-voiced Keizo Nakanishi's（中西圭三）September 1995 album "graffiti" for over a quarter-century and it's one great acquisition. Over the past decade of KKP, I've been able to speak on a couple of tracks on the album, the funky "So Bad" and the love ballad "Why Goodbye". The album overall is wonderful but there is one track that I'd always wanted to devote time and space to, but never had the opportunity since it didn't have any representation on YouTube...at least until now. So I am grateful to the uploader who brought up the entirety of "graffiti" and hope that it'll stay up for a good long while.
Anyways, the track is "Round Midnight", and nope, it isn't a cover of the jazz standard by legendary pianist Thelonius Monk. This is a totally different animal by lyricist Kanata Asamizu（朝水彼方）and composers Nakanishi and Yoshiyuki Sahashi（佐橋佳幸）that is, just like "graffiti", a real banger. Right from Note One, it's a song that is one happy cocktail mixing in sunny 70s soul, light funk, Steely Dan and the Doobie Brothers in one big shaker. The cherry on top is an electric guitar-and-harmonica solo that seems to paint a picture of a marvelous sunset over the metropolis. Of course, what else can I say about Nakanishi's vocals and those horns? A splendid way to finish my KKP broadcasting day!😁
Posted by J-Canuck at 10:07 PM