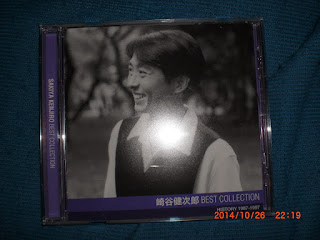 There must be some sort of kismet going on when I write on a Kaori Kuno（久野かおり）song today and make reference to a past Kuno entry having had a Matt Bianco influence, and then do the exact same thing for singer-songwriter Kenjiro Sakiya（崎谷健次郎）. Yup, his "Lavender no Naka de"（ラベンダーの中で）from his 1988 album "Realism" has those Latin beats nicely infused.

Guess what? I'm going with another track from "Realism", and that would be "7th Ave.". Plus, the same songwriters are involved here with Rinko Yuuki（有木林子）on lyrics and Sakiya on both music and arrangement. The City Pop is back but it has some more funky backing thanks to some boppy synth-bass. "7th Ave." also has good smoke along with the rest of those synthesizers having a fine time in the recording booth.