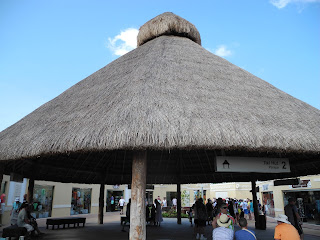 I've got no idea what that word means. It sounds Hawaiian and from what I've read online, a couple of folks from Texas said that it's Hawaiian for "child of the sea", but when I pressed the word into Google Translate (yeah, I know...not the most end-all and be-all of dictionaries) from Hawaiian to English, I just got bupkis. There is a brand of shoe with that name and an ethnic tribe of Uzbeks is known as the Lakai. There's something rather relaxing about the word, though, but then again, I must be thinking about a lanai which is a porch or veranda whose origin is Hawaiian, too.

Maybe I ought to talk with drummer Harvey Mason and keyboardist Bob James because they're the ones who came up with "Lakai", a track on Japanese fusion band Casiopea's "Eyes Of The Mind" album from April 1981. I'm not sure whether Mason and James had specifically come up with the song for the band but I haven't been able to find any hint that either of them had performed it themselves. But let's not rack our brains over this point like we did for the meaning of lakai in the first paragraph. It might actually be a "Sussudio" thing. .

Instead, we should enjoy it for what it is...a nice and mellow melodic exercise in enjoying a drink and resting in a hammock, preferably at the same time. Just in time for the weekend.