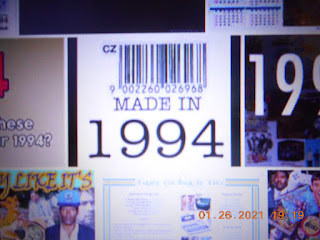 Yesterday, I wrote up an article on Miho Fujiwara's（藤原美穂）"California Crisis"（カリフォルニア・クライシス）and mentioned in passing about another group (to add to Chocolate Lips and PAZZ) that she formed later in the 1990s. Well, I guess that I couldn't really wait that long to talk about that one either.

I've still yet to listen to the whole album "pas de chat 2 ~ Deux" from October 1994. However, after hearing the funk during her time with Chocolate Lips in the early 1980s and then the AOR of PAZZ's one and only "Bananafish" from 1987, I'm gathering that Fujiwara and her partner, composer Masahito Nakano（中野雅仁）, in the duo of pas de chat wanted to bring R&B and AOR together during their time. And sure enough, the Japanese-language site "90s City Pop Record Book" mentions that pas de chat was indeed an R&B/AOR unit, although the focus there was on their debut album "pas de chat" in 1993. Incidentally, pas de chat refers to a basic ballet step that translates into "cat step".

As I'm writing this, I'm gotten as far as Track 3 of "Deux" and it seems like the album has incorporated the above two genres as well as some sophisti-pop (the album cover hints at that), Latin and just generally upbeat pop. My thanks, by the way, to KKP's HRLE92, aka Island Fantasia on YouTube, for putting this album up for our hungry ears. However, my target for today is the first track, "Nijuu-ni-ban-me no Kuchibeni" (Lipstick No. 22). It's got that sparkly 90s City Pop and a rhythm that suggests New Jack Swing while Fujiwara's lithe and nimble vocals lead the way. I especially like her scatting in the chorus.

Unfortunately, I don't know whether pas de chat went beyond their two albums or whether they even released singles. But judging from what I've heard so far, I wouldn't mind investing some yen into either or both of the albums. The fellow on "90s City Pop Record Book" did remark at the end of the article that the first album has been found for less than 280 yen, so scour those sites and if you're in Japan right now, scour those bargain bins.