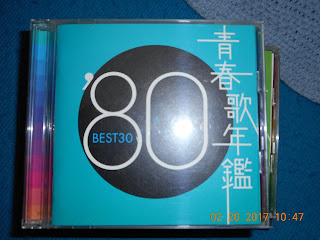 I've been meaning to get a Rabi Nakayama（中山ラビ）song up here for some time but I never got around to it until today. And now, my first article on this Tokyo singer-songwriter has taken on some poignancy on finding out from her J-Wiki profile that Nakayama had passed away on July 4th this year.

Born Hitomi Miyamoto（宮本ひとみ）in 1948, some of her early musical experiences included going to see The Beatles in concert in Tokyo in 1966 and then hearing the songs of Bob Dylan in her high school English class. In 1968, she then became so inspired by new folk singer Nobuyoshi Okabayashi（岡林信康）, who was called "the Bob Dylan of Japan", along with other artists of the genre that she decided to take up the guitar and perform live, eventually performing mainly in the Kansai region. During that time, she performed covers of Dylan's "Blowin' In The Wind", "The House of the Rising Sun" by The Animals, and Sachiko Nishida's（西田佐知子）"Coffee Rumba"（コーヒー・ルンバ）. She would then make her major debut through Polydor in December 1972 with the album "Watashi'tte Konna"（私ってこんな...This is Who I Am）.
Her live house performances of Bob Dylan songs which had been translated by poet Yo Nakayama（中山容） got Miyamoto to take on the stage name of Nakayama although I still don't know why she went with the first name of Rabi. Also, these performances ended up in having her being called "the female Bob Dylan".
Several albums and singles were released by October 1980 when Nakayama released the single "Komatta Onna" (Woman In Trouble) and the accompanying album "Aeba Saiko"（会えば最高...It'd Be Great If We Met）. Now, when I first heard her songs via New J Channel and some of the videos posted on YouTube, I'd thought that she was always in the City Pop realm before realizing her folk roots, but I wasn't too surprised since I've known a number of Japanese folk singers who made the jump to the urban contemporary for at least a while.
With "Komatta Onna", though, I'm not so sure that this is so much City Pop than it is a New Music tune spiced a bit with some urban contemporary flakes. It is quite the catchy shuffle with the big drum beats and the electric piano dance following Nakayama's folksy and slightly growly vocals. Rabi sings her creation about a woman who realizes that she's wasting her life on man after man but can't shake the habit. There's also something with the vocoder-like instrument that hints at Billy Joel's "The Stranger".

Nakayama stopped performing and recording in 1987 but returned to the music business a decade later after the source of her music career, Yo Nakayama, passed away in March 1997. She continued to perform and record live albums until 2020 when she was diagnosed with cancer and then mycosis the following year after which she passed away at the age of 72. Her real name was only made public after her death.