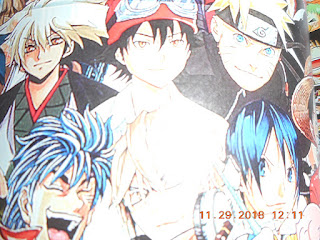 It was two short years ago when my anime buddy introduced me to "Kimetsu no Yaiba"（鬼滅の刃...Demon Slayer）. Not being a fan of horror-adventure, if it hadn't been for my friend, I wouldn't have gone anywhere near it but catching the first couple of seasons, I realized that it was actually an engrossing tale of demon hunters going after the worst of the worst. And then, its popularity just went through the roof within Japan and outside of the country.

There was certainly synergy happening as well between the franchise and singer-songwriter LiSA who has provided the several theme songs including her huge hit 15th single, the rocking "Gurenge"（紅蓮華）. In fact, when I hear of either "Kimetsu no Yaiba" or LiSA, I always imagine the two together...inseparable.

So you can imagine my initial surprise when I first heard her 19th single, "HADASHi NO STEP" (Barefoot Step) which was released last month. It's certainly got the electric guitars in there but I think that the song is more fun, footloose-and-fancy-free piano pop accompanied by some dynamic horns which sounds like it had some filtration through the 1970s. Plus, LiSA is having similar fun in the video with her fellow dancers.

"HADASHi NO STEP" is also a theme song, this time for the manga-based TBS drama "Promise Cinderella"（プロミス・シンデレラ）which just wrapped up last month. It hit No. 5 on Oricon, and lyrics were by LiSA with Tomoya Tabuchi（田淵智也）from the rock band Unison Square Garden handling the melody.