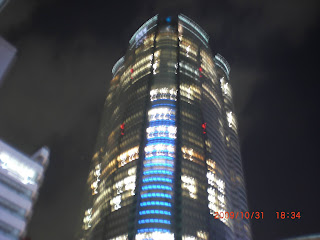 Usually when I hear of the expression side show, I expect some of the more unusual circus acts to awe, scare and tickle us.

It's a tad different according to the jazz fusion group Chickenshack. Their "Side Show" is probably one of the most calming, romantic and inviting creations, and instead of cotton candy or caramel popcorn, a glass of something considerably stronger is probably encouraged while listening to Chickenshack's spiel.

A track from the 1986 "Chickenshack II", this was written by Vinny Barrett and composed by Bobby Eli, and if I've got my credits right, it's characterized by the late Hidefumi Toki's（土岐英史）wonderful sax work and Junshi Yamagishi's（山岸潤史）prowess on the guitar. There are some soft and floating vocals in the background still inviting folks to take a look at their side show but I don't think that there is any intention to thrill or scare listeners. It's just an invitation to just lay on back and relax, especially on a Tuesday night when the weekend is still days away.