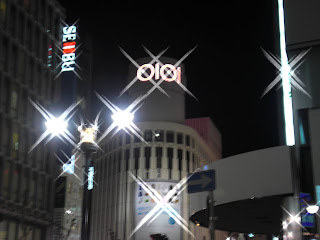 Let's see...there was that whole thing with Mariya Takeuchi（竹内まりや）and "Plastic Love" via the YouTube algorithm in 2018, I think. Then, just at the end of last year, Miki Matsubara（松原みき）and "Mayonaka no Door"（真夜中のドアー）became a thing thanks to Tik Tok. What Japanese music sensation could be hitting us right now between the eyes and ears?

Well, commenter Justin tipped me off a few days ago about this collaboration between veteran entertainer Akiko Wada（和田アキ子）and the rock band Frederic（フレデリック）which has culminated in the former's very first digital download single last month called "YONA YONA DANCE" (Night Night Dance). Frederic's bassist, Koji Mihara（三原康司）, who has a knack for those catchy beats, came up with the words and music for this fast-paced synthpop with a hint of old funk. My kudos to Yasutatsu（ヤスタツ）as well for creating the video. If you can see the English translation above, you can see that "YONA YONA DANCE" is all about tripping the light fantastic on the dance floor.

Justin also informed me that since the debut of the single and probably the original video, things have gotten rather lively about "YONA YONA DANCE" on both YouTube and Tik Tok with folks trying to emulate the dance on screen. Not sure yet whether it has achieved meme status, so we'll need to stay tuned.

There have also been variations on Yasutatsu's video including this one with a couple of characters from this popular anime. Looks like Jojo has gone YONA YONA.

Of course, I can't finish this article without having the Queen of J-R&B herself do the YONA YONA dance, and apparently she did with a fellow TV personality on her own variety show. If "YONA YONA DANCE" does go really big by the end of the year, then it's always possible that she might come back onto NHK's Kohaku Utagassen (that is, if she wants to). It's been several years since she's been on the special in which she had once been seen as practically a regular member.

Also for some encouragement from me...in the same way that Mariya is not just "Plastic Love" alone or Miki is not just "Stay With Me" alone, have a look at Wada's discography. She's been around for more than half a century and one of her trademark tunes is "Ano Kane wo Narasu no wa Anata" （あの鐘を鳴らすのはあなた）.