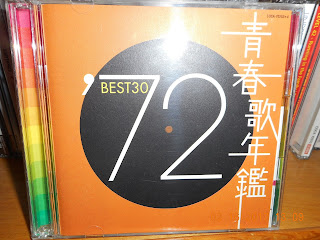 The last time "Kayo Kyoku Plus" saw the duo, Jun & Nene（じゅん&ネネ）, it was back in 2016 featuring their debut single and biggest hit, "Aisurutte Kowai" （愛するってこわい）from July 1968.

Former contributor nikala was the first to introduce Jun & Nene to the blog with "Taiyou no Wasuremono" (太陽の忘れもの), and I've noticed with that song along with "Aisurutte Kowai", they were both categorized as Latin numbers. Well for today, I'm bringing over the duo's penultimate single during their first run together, "Please Please Please" from 1972, and this one is definitely not Latin. If anything, it's more California sunshine pop. Lyricist Junichi Matsuyama（松山順一）and composer Akira Matsuda（松田晃）match up a tune with June & Nene's harmonies that feel very relaxing, although the female protagonist in the lyrics is gnashing her teeth about the target of her love simply not reciprocating or noticing. The pop almost enters rock territory as the drums get more and more frenzied before things come to the end.

Six albums and fourteen singles were released by Jun & Nene before they broke up in 1972. But then, thanks to an appearance by them for the first time in thirty-one years at a 2003 TBS special, Jun Chiaki（千秋じゅん）and Nene Sanae（早苗ネネ）decided to get the duo going again, and as a result, they released four more singles between 2005 and 2011.