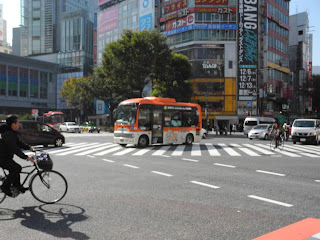 A couple of years ago, I was encountering (and still do encounter) a number of bands and singers through YouTube that I never got a chance to even hear about in the wind while I was living in Japan. Thankfully, that magical algorithm on the platform has materialized some of their videos on the side.

One such singer was Citrobal and since that article that I wrote on her "Celluloid" back in 2019, I found out that her name is Miyako Yoneyama（米山美弥子）. In addition, according to the Amazon page describing the 1999 source album "My Caution Line", Yoneyama was giving an extra push to the Tokyo guitar pop scene at the time which included bands such as Rocky Chack and Advantage Lucy. As well, the blurb mentions that Citrobal, who has also had backup from members of pop bands Cymbals and Folk Rat（フォークラット）, is reminiscent of 1970s New Music via Sugar Babe at its peak. Come to think of it, that guitar work does remind me of what Tatsuro Yamashita（山下達郎）and his old band were doing back then, but as I also indicated in the "Celluloid" article, there is also that Shibuya-kei sheen.

I also pointed it out in that first article for Citrobal but now it's getting its own article here. I'm referring to another track on "My Caution Line", "Signal". And yup, like "Celluloid", this song also has plenty of pep but there is also some more buzzy rock guitar included in the arrangement. In fact, I think "Signal" has so much energy that I think Citrobal herself sometimes comes across as needing a little breather between verses.