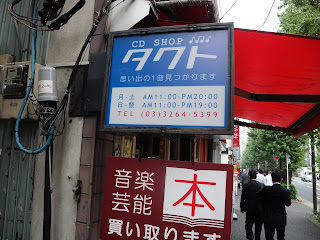 Found this singer-songwriter who has struck me as the Second Coming of Senri Oe（大江千里）with his happy-go-lucky pop sense. Plus, he looks good in a bow tie, and as a Whovian, I think bow ties are indeed cool.

Singer-songwriter Shin Rizumu（シンリズム）debuted in early 2015 and his second single here is "Music Life" from November of that year, with its fun old/new arrangement bringing in all sorts of good vibes. I simply like the beat and those horns mixed in there.

The lad hails from the city of Kobe and so far has released 4 singles up to 2016 and 2 albums, according to the biography on his website, he's quite the multi-instrumentalist, being able to play guitar, bass, keyboards, synths, drums and trombone. In his development as an artist, he's absorbed a lot of influences from New Wave, indies, roots rock, soul, funk and pop.
Posted by J-Canuck at 4:03 PM