Kingo Hamada -- Run Thru The Night 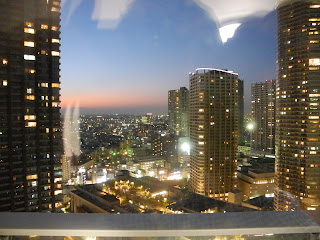 The above is a pretty spectacular shot from the condo of my good friend in the Musashi-Kosugi neighbourhood. Unlike my aging area here in Toronto, Musashi-Kosugi is one of the young and growing areas west of Tokyo and I had the privilege of staying with my friend and his family for a few nights. There are a lot of good restaurants and shops and I think it's only 20 minutes away from Yokohama on the train.


Anyways, I wanted to start off my contributions for the final day of November 2018 by paying tribute to the evening in Musashi-Kosugi via Kingo Hamada's（濱田金吾）"Run Thru The Night" from his 1981 album, "Feel The Night". I've always liked the iconography for the album cover since I first glimpsed it in "Japanese City Pop"; it's a bit like LEGO after imbibing a few drinks.

"Run Thru The Night" will probably not be my favourite song by this City Pop/AOR veteran, but it's still a nice slice of urban contemporary with some sprinkling of funk and perhaps even a cameo of Steely Dan sensibilities. Hamada came up with the music but according to the Yamaha Music Holdings Entertainment site, it was a fellow by the name of John Helmes who came up with the words. I couldn't track this Helmes down on the search engines so I'm wondering if this is actually a Hamada pen name. In any case, "Run Thru The Night" has that nocturnal vibe of painting Tokyo red in the high-flying times of Japan. 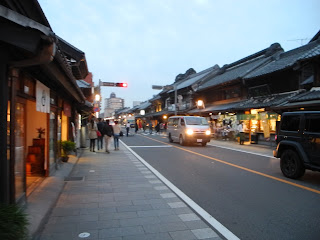