Arisa Mizuki -- In The Rain 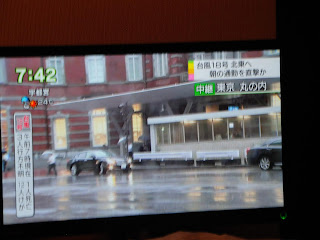 Although I thoroughly enjoyed Arisa Mizuki's（観月ありさ）debut single "Densetsu no Shojo"（伝説の少女）to the point that I shucked out the yen to get the CD single, after listening to a few of her other songs on TV shows such as "Music Station", frankly, my impression was that her first song was a fluke and that she really couldn't sing all that well. This would explain why there aren't too many entries for Mizuki thus far.


Well, when I was writing about singer-songwriter Chika Ueda's（上田知華）unique "Hurricane" a couple of weeks ago, I also discovered this Mizuki song that had been both written and composed by Ueda. For me, Ueda has had a good track record in crafting very pleasant pop songs for other singers, so I decided to give it a go.

Indeed, the Ueda reputation isn't only still intact with me but I was happily surprised to find out that Mizuki recorded "In The Rain" quite well. I do realize that there is a difference between the actual recording for an album and a live performance on a TV show, but still, it was nice to hear Mizuki not sounding off-tune or me visualizing eighth notes with bandages. The song is mellow and groovy and rather classy, and the singer even sounds like she was really trying to emulate Ueda herself. Those 90s synths really set the mood.