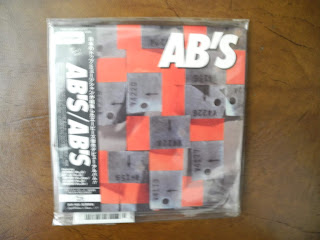 Gotta admit that this is one strange if cool animal by the amazing AB'S. The uploader for this video categorized it as "Comedy", and to be honest, there is a somewhat hilarious element in the lyrics by Gregory Starr. I mean, the refrain in "CIA" sounds almost like a schoolyard chant making fun of the two most famous intelligence agencies on the planet, although the rest of the words takes on a serious air of suspense.

And yet, Fujimal Yoshino（芳野藤丸）has produced one heavy-duty City Pop melody for this track on AB'S' 3rd album "AB'S-3" from 1985. It's car drive-friendly and good golly, that bass is killer along with the following guitar solo. An agent who's into this Japanese urban contemporary genre will probably want to have this in his/her collection as much as a good hand-held computer (apparently most CIA employees aren't issued guns). I would be willing to get the album just for "CIA" alone although the song also came out as a 12" single. And apparently, the song was also used on a Fuji tape cassette commercial (and not microdots).
Posted by J-Canuck at 10:25 PM