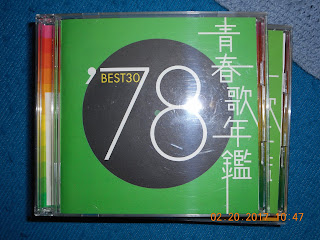 Although I think the heyday of Japanese folk in mainstream kayo was perhaps the very late 1960s to the early 1970s, its musical effects still lasted to the end of that decade. There were quite a few songs which had that twangy guitar and rollicking melody at that time even with the advent of urban contemporary rhythms and synthesizers.

I think one of those songs is right here. Singer-songwriter (and current jazz chanteuse) Hiromi Kanda（神田広美）released "Don Juan" as her 5th single in July 1978, and it's certainly a jaunty number about a woman wondering whether to fall for a fellow's charms although she knows full well that he's a love 'em-and-leave 'em playboy.

Takuro Yoshida（吉田拓郎）, one of the pillars of Japanese folk kayo, was in charge of composing this while prolific lyricist Takashi Matsumoto（松本隆）took care of the words. Considering its contents, I would have thought that "Don Juan" could have made for a bluesy Ginza-soaked Mood Kayo, but instead, it sounds more like a folksy number whose story could have taken place in a much more rural area of Japan.
Posted by J-Canuck at 4:33 PM