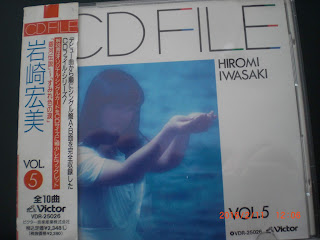 Whenever I write up a Hiromi Iwasaki（岩崎宏美）article on a song of hers that originates from the late 1970s and early 1980s, I get a tad pensive because then I start wondering whether the song would still be categorized as an aidoru tune or as a pop number. It's almost like trying to answer the question "When did kayo kyoku make the transition into J-Pop?" All of us Hiromi Iwasaki fans know that the subject of our admiration has been blessed with a talented set of vocal cords so that pretty much anything that she has sung since her debut in the mid-1970s was a cut above the usual aidoru tune. Generally though, for the purposes of this blog and overall sanity, I have generally made 1980 the borderline between the aidoru period of her discography and her pop period. Even with that line in the sand though, I know that the singer had performed some pretty mature-sounding music a few years before that.

One well-worn running trope that I've mentioned throughout the history of "Kayo Kyoku Plus" is always look out for those non-single tracks on albums. There's a reason that I've also invested in original studio albums by great singers and not just relied on their BEST albums alone, and Iwasaki is another one of those great singers. For example, from "Pandora no Kobako"（パンドラの小箱...Pandora's Box）, her 7th album released in August 1978, comes a track titled simply "Conversation".

Keeping with stubborn KKP/Iwasaki tradition, this is within Iwasaki aidoru territory, but in all honesty, "Conversation" is hardly aidoru material to my ears. It starts off at a very leisurely pace and gently evolves into a soulful melody surrounding a city apartment and a dramatic situation between a man and a woman. The song is ironically titled since the point is that some things really need not be verbalized to get the message of love across.

The creators of "Conversation" is the veteran team of Jun Hashimoto and Kyohei Tsutsumi（橋本淳・筒美京平）who were together a decade back helping out the Group Sounds bands. Well, this is them driving into a more City Pop/AOR direction. As Tsutsumi melodically keeps the simmering fire of passion burning, Hashimoto weaves a story of a woman perhaps making amends with her somewhat conflicted beau at her door after it looks like he's been through a few rounds with some other young toughs. In a way, I also thought about Adrian and Rocky Balboa back in those times, although I would never consider thinking of replacing "Gotta Fly Now" even with this Iwasaki love song.

As for "Pandora no Kobako", it scored a peak of No. 11. The album also contains one of Iwasaki's greatest hits, the uptempo "Cinderella Honeymoon"（シンデレラ・ハネムーン）. 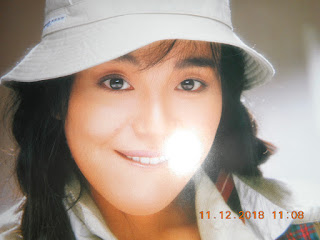