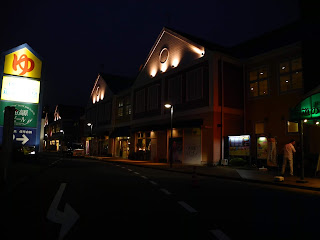 Ever since I first heard of NOVO back in spring this year via their wonderful cover of a Toi et Moi（トワ・エ・モア）commercial song, "Ai wo Sodateru"（愛を育てる）, I wondered about getting their 2013 album "Love Is There ~ NOVO Complete Works". And a couple of weeks ago, I finally pulled the trigger and purchased it from Tower Records. Just one thing...after the official e-mail from Tower that the order was being processed, those two weeks passed by without any word which is unusual. Then this morning, the folks there finally sent word that they were still trying to get a copy of it for which of course, the red alert sparked off in my head and disappointment has started to coalesce. From experience, that's usually not a great sign, although in one similar case, the CD was actually found and shipped.

Plus, there's the fact that Canada Post is going through rotating strike action right now so there is a load of mail and packages that's piling up everywhere at distribution points. The mail will get through but it will take several days and perhaps that will evolve into weeks. Not too great to hear as we approach the Holiday season.


But I will leave it at that and just hope that somehow I will be able to get the NOVO album. In any case, the final straw which happily broke the camel's back for me to decide on purchasing the CD was this song, "Mado ni Akari ga Tomoru Toki" (When The Light Comes On In The Window). This is another track from "Love Is There ~ NOVO Complete Works", and as with "Ai wo Sodateru", the original song was created by lyricist Michio Yamagami（山上路夫）and composer Kunihiko Murai（村井邦彦）for a 1970s folk group...this time it's Akai Tori（赤い鳥）.

As performed so lovingly by Yutaka Yokokura（横倉裕）and Diane Silverson (or Silberson), there is a feeling of 1960s Bacharach in Yokokura's arrangement as the two sing about putting that light in the window to welcome home a loved one...a nice thing to muse about especially when the days are getting shorter as they are now. But the song extends into the feeling of positivity for tomorrow and the hope that better days are ahead. At the end, though, "Mado" ends back in that cozy and warm house with the couple saying "Let's just enjoy the stew for dinner tonight".


As I said above, the original version was a folk/pop song by Akai Tori from their January 1973 album "Utsukushii Hoshi"（美しい星...A Beautiful Star）. I'm not sure but that may be the splendid Junko Yamamoto（山本潤子）as the main vocalist since she was part of the group; Yamamoto would later go off to form the vocal trio Hi-Fi Set（ハイ・ファイ・セット）. "Mado ni Akari ga Tomoru Toki" is slightly mellower here with some further assistance by some lovely honeyed horns.

According to J-Wiki, "Utsukushii Hoshi" has the dreaded haiban status, but now I'm interested in getting that BEST compilation by Akai Tori. The band is even more famous for first singing the high school chorus standard, "Tsubasa wo Kudasai"（翼をください）.
Posted by J-Canuck at 8:54 PM