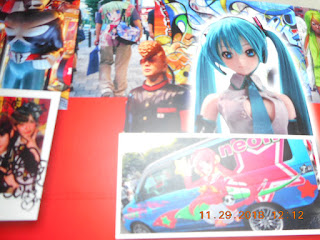 If Episode 8 of "Zombie Land Saga"（ゾンビランドサガ）had been given its promotion commercial by one of the three original American television networks, it probably would have gone like this:

"On an all-new very special episode of 'Zombie Land Saga', the littlest member of Franchouchou has her past come back to haunt her...and while her friends step in to help, she has to make a shocking admission to the band! NEXT ON 'ZOMBIE LAND SAGA'!"

My apologies...I can't write as somberly as the announcer would sound.

Anyways, I did mention in the article for the opening theme for "Zombie Land Saga" that I hadn't quite bought into this original anime about zombie girls getting drafted to become an aidoru band of the 21st century. However, happily, I've become more invested since around Episode 5 when Franchouchou（フランシュシュ）and that local chicken restaurant did that tie-up. I started seeing that heart developing in the middle of that story.

Then, came Episode 8 focusing on Zombie No. 6, aka Lily Hoshikawa（星川リリィ）, aka Masao Go（豪正雄）. That heart just grew about as big as the one that thrusts out of Lily's chest whenever she gets nervous. And since "Zombie Land Saga" is an original anime without any manga or game source material, viewers were uniformly shocked at the plot twist and the sadness of Lily's past.

Plus, there is the final goodbye at the end from Lily that...

EXCUSE ME...I'VE GOT SOMETHING IN MY EYE! DANG! THAT ONION-SCENTED AIR FRESHENER! I JUST HAD TO BUY IT ON SALE!

Yes, I've been reading the various comments about the waterworks that had been generated from the fans over Episode 8 leading up to the culmination of the performance of "To My Dearest" at the end with Lily (as voiced by Minami Tanaka/田中美海) taking lead. When I caught this one on Sunday, my throat did get somewhat lumpy... 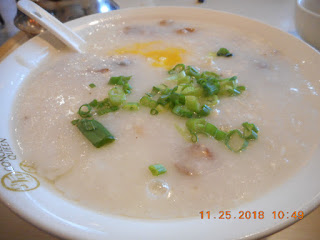 ...yeah, just like that delectable chicken-and-duck congee that I had for lunch at Congee Queen before the episode.

People were writing about the fact that the lyrics and the melody were ham-fistedly thwacked together as heard through the performance. Well, not all of it...I thought the last half of it came out pretty smoothly, but considering the circumstances, I think for "To My Dearest", it didn't surprise me that things had come out haphazardly. After all, the time to whip up the ballad, then practice it for that someone who may or may not show up was fairly miniscule, I would surmise. Yet, it did have the desired effect on the big lug and the rest of the folks watching. The heart was definitely in the right place. To be frank, when I had first heard it, I thought that Lily was kinda delivering "To My Dearest" in the talking/singing pattern of Rex Harrison in "Doctor Doolittle".

Lyricist Shin Furuya（古屋真）and composer Yosuke Yamashita（山下洋介）took care of "To My Dearest".
Posted by J-Canuck at 3:14 PM