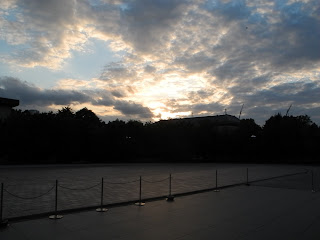 There are certain singers who have been seen as one-hit wonders: they get that huge hit which is the talk of the town for several months to a year, only for them to disappear into obscurity with the exception of their die-hard fans who keep holding the flame. As a fellow who has liked to see a bit deeper into the discography of such singers to see if I can find some other hitherto unknown gems, "Kayo Kyoku Plus" has provided me many an opportunity.


One such singer is Tomoko Kuwae（桑江知子）. Japanese pop music listeners of the late 70s and early 80s will probably remember her for her sole hit, "Watashi no Heart wa Stop Motion"（私のハートはストップモーション）from 1979. I think it's one of those pop songs that hit the perfect centre of the kayo kyoku Venn diagram in which it's perhaps a little too uptempo to be considered Fashion Music or AOR but doesn't really step totally into the City Pop genre.

Well, back in May 2012, when I wrote an article about "Watashi no Heart wa Stop Motion", I did mention a single that Kuwae had released in February 1990. This is indeed that single "Tasogare wo Wine ni Somete" (Color the Wine with Sunsets). Up to now, I've had the singer frozen in time in the late 1970s due to that hit, so it was a bit of a shock to see Kuwae in the video above sporting that sauvage hairstyle which was so popular with women back in those days.

Again, like "Watashi no Heart wa Stop Motion", "Tasogare wo Wine ni Somete" has got that sophisticated arrangement which sounds like an updated version of Fashion Music, especially with those epic strings. It feels like it was a Chika Ueda（上田知華）creation, but actually it was written by Toyohisa Araki（荒木とよひさ）and composed by Takashi Tsushimi（都志見隆）. Unfortunately, the video above just has a shortened version for performing on a music show so it would be nice if I could my own copy of the whole thing someday. The song was also used as one of the many ending themes for the late-night variety show "Tonight" on TV Asahi. That show is quite well-known to me for using those high-flying ballads as sendoff music.
Posted by J-Canuck at 8:42 PM