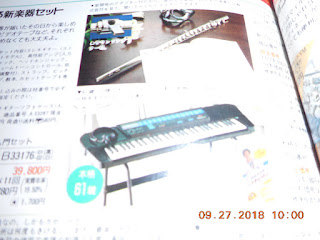 Almost three years ago, I wrote about the band METAFIVE, this supergroup of some of the more eclectic performers in Japan such as former Yellow Magic Orchestra drummer Yukihiro Takahashi（高橋幸宏）and DJ Towa Tei. I was quite taken with their electro-funk song and music video "Don't Move" along with the groovy "Luv U Tokio", both on "META", their inaugural album from January 2016.

Speaking of YMO, as you have probably figured out, I've been a huge fan of Takahashi, Haruomi Hosono（細野晴臣）and Ryuichi Sakamoto（坂本龍一）for many years as masters of technopop. Having said that, in the relatively few instances that they've actually had to act out in music videos...well, let's say that the results were quite cringeworthy, and one example is their performance in front of a camera for "Kageki na Shukujo"（過激な淑女）. I think Leo Imai's（LEO今井） brief head twitches and dead-eye stare at the beginning of the music video for "Don't Move" were far more effective.


Well, perhaps Takahashi may have learned his lesson with the video for the track "Musical Chairs" from METAFIVE's 2nd smaller album "METAHALF" (November 2016) that what he couldn't pull off in a video through choreography, he could do with the power of....geography!

Good heavens! Google Maps can be cool. "Musical Chairs" isn't too bad as another brand of electro-funk although the funk part is a little more subdued when compared to "Don't Move", but having that mesmerizing bird's-eye view of various sites keeps things even more stimulating. It's to the point that if I ever buy "METAHALF" and listen to "Musical Chairs" just on its own, I'm gonna be thinking aerial photographs forever. Yoshinori Sunahara（砂原良徳）and Leo Imai wrote and composed this song which is vaguely about some pushback in a conflict, presumably romantic in nature. One more thing that I have to mention is that I like Tomohiko Gondo's（ゴンドウトモヒコ）warm and noble horn calmly sounding in the midst of all of the musical technology.
Posted by J-Canuck at 11:38 PM

Email ThisBlogThis!Share to TwitterShare to FacebookShare to Pinterest
Labels: 2016, J-R and B, METAFIVE, Pop, Single, Techno