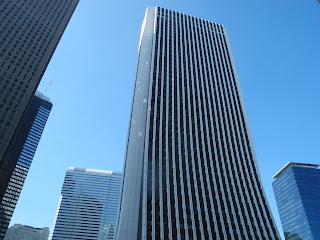 Back on Halloween 2013, I wrote about Miyuki Nakajima's（中島みゆき）"Chijo no Hoshi"（地上の星）, the epic theme for the NHK documentary program "Project X". I mentioned that this was a proud tune that could have the most doleful worker bee in a company rise up, face the sun and demand more of himself/herself.


Whereas "Project X", which was broadcast between 2000 and 2005, seemed to focused on the challengers and visionaries whose works had a hand in changing society, there has been another NHK series called "Professional ~ Shigoto no Ryuugi"（プロフェッショナル 仕事の流儀...The Professionals ~ The Style of Work） which started in 2006 that is focused on notable people in various fields, from ramen chef to professional baseball player, and how they reached their fame and even more importantly how they've kept it.


Unlike Nakajima's high-flying and inspirational "Chijo no Hoshi", the theme song for "Professional" takes on a more down-to-earth and cooler rock beat. "Progress" by the band kokua rather reflects the everyday rituals that make these professionals professional. It seems to say that these are unsung heroes who just look at their craft as doing what they have to do without needing to hear their praises sung.

At first, I had thought that it was just singer-songwriter Shikao Suga（スガシカオ）who was responsible for "Progress", but actually it was kokua that was brought together specifically to craft the theme and perform it. With Suga on vocals. music and lyrics, he was joined by Satoshi Takebe（武部聡志）, who wore the three hats of keyboardist, arranger and producer, guitarist Hirokazu Ogura（小倉博和）, bassist Takamune Negishi（根岸孝旨）, and drummer Gota Yashiki（屋敷豪太）. Supposedly, according to the J-Wiki article on the song, the song had been created so that it followed a certain Mr. Children sensibility.


With the single released in August 2006, "Progress" made it all the way up to No. 22 on Oricon. The song was also the title track on kokua's only album that had come out earlier in June. It peaked at No. 9 on the album charts. By the end of the year, the song was also performed at the Kohaku Utagassen, though under Suga's name and not the band's. Incidentally, the name of the band was derived from the Hawaiian word for "to help, to cooperate".
Posted by J-Canuck at 10:31 PM