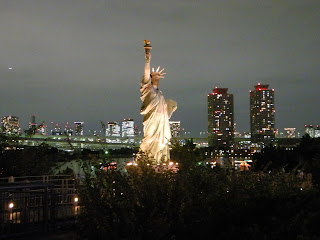 I've been to New York City just twice in my life and enjoyed the Big Apple both times. One of my favourite places there was Rockefeller Centre although I never skated on the huge rink since I simply cannot skate. There is (was?) a Kinokuniya Bookstore right there and I enjoyed browsing the shelves for books and baskets for J-Pop CDs.

This may have been mentioned before in an article but whenever a Japanese variety show or news program covers something about New York life, they invariably pick a big band jazz song as the BGM for the footage. It may be a bit old-school, but I think it still fits although I think hip-hop is also just as appropriate.

Well, strangely enough, jazz pianist and songwriter extraordinaire Yuji Ohno（大野雄二）was thinking a bit more AOR apparently when he came up with his "Manhattan Life" for the 1983 album "Full Course". The album was recorded by You & Explosion Band, a group consisting of Ohno, guitarist Tsunehide Matsuki（松木恒秀）, bassist Michio Nagaoka（長岡道夫）, trumpeter Shin Kazuhara（数原晋）, and drummers Yuichi Togashiki（渡嘉敷祐一）and Yasushi Ichihara（市原康）. According to J-Wiki, You & Explosion Band did a lot of work for various TV shows and works involving the late actor Yusaku Matsuda（松田優作）.

"Manhattan Life" sounds a bit more like the lifestyle it was emulating was based in seaside California, but then again, this could all be about the high life of yuppie Manhattanites. It's light and fizzy and could be served nicely with a plate of smoked salmon. The song also has a certain underlying mystery as if behind all the smiles and brightness, there is some drama lurking under the surface. Perhaps it could have even made for a piece of soundtrack for a J-drama based in modern downtown Tokyo.
Posted by J-Canuck at 3:07 PM