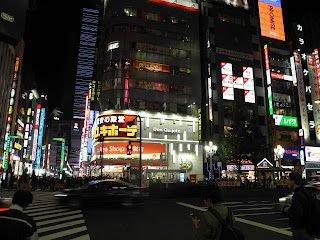 I had this song in my backlog and I can't remember when this first showed up. In fact, although the YouTube details illustrated that it was written, composed and arranged by Chika Ueda（上田知華）, the singer certainly didn't sound like Ueda.


Some investigation later, I have found out that this Ueda-created tune is performed by Yukako Hayase（早瀬優香子）. "Tokyo no Yoru" (A Tokyo Night) is a fairly dreamy and slightly haunting ballad about a woman in a relationship who loves her side of things but isn't so sure that her partner is willing to go the distance. The song has a distinctive flavour but despite the title, I wouldn't say that it's a City Pop tune and despite the synths, I wouldn't say that it's a synthpop song either. There is a certain languid cabaret feeling to it, though.

"Tokyo no Yoru" is a track on Hayase's 6th album "Tomorrow Moon" which, though recorded back in 1992, didn't finally see the light of day until December 1997 due to some sort of unfortunate red tape, it seems, through the studio.
Posted by J-Canuck at 8:02 PM