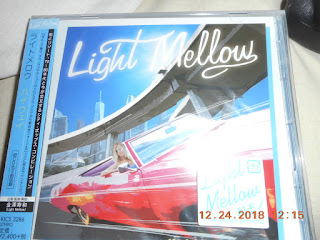 I had another go-around with my latest Light Mellow series acquisition, "Highway" and the first track happened to be Miki Asakura's（麻倉未稀）"Forum".

With lyrics by Asakura and music/arrangement by Nobuyuki Shimizu（清水信之）, "Forum" is basically all about basking in the honey glow of being in love with the person you are with. The song certainly illustrates the joy in a pretty classy AOR way. Originally a track from Asakura's 4th album "Hip City" from June 1983, I picked up on the description in the liner notes in "Highway" for this particular song in which all involved were going for that David Foster-y sound from that time.

To be honest, I had considered including "Forum" as part of that long list of Foster works I just put up earlier this afternoon, but I'm glad now that I've given the song its own article. After all, it's not a Foster-created song but a tribute and, may I say, expertly done by Shimizu who was also handling the keyboards, drums, bass and percussion here (there were other musicians involved, too.).
Posted by J-Canuck at 7:34 PM