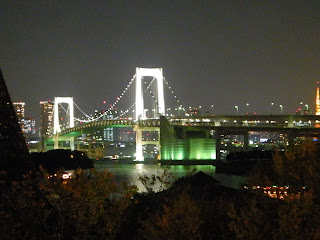 It's been a while since I've put up an article regarding Fantastic Plastic Machine, and considering that we're getting close to another summer weekend, it's time for something fairly dance-worthy.


This is "The King of Pleasure" which belongs to FPM's February 2003 album "too". The album also contains "Why Not?", and for that article, I mentioned that it seems as if DJ Tomoyuki Tanaka（田中知之）had moved away from Shibuya-kei to head into a more club-friendly genre.

"The King of Pleasure" does invite all of those endorphins to come out and play with the percolating percussion and the thumping bassline, but it also brings in some other influences to the dance party. For one thing, I think there is some of that Steely Dan groove and a bit of disco at points. Another thing is that I do enjoy what sounds like a spacey steel pedal guitar to add some more flavour. It might get a bit repetitive at over seven minutes but folks may also be a little too busy enjoying their shimmying to notice.

I know that FPM has put out videos for his creations but "The King of Pleasure" doesn't have one. However, if one had been made for this song, I would have expected some of that Shibuya dance club scene spliced in with some 1950s song-and-dance troupe cutting up quite a rug in the studio. As for "too", that hit No. 35 on Oricon.
Posted by J-Canuck at 9:48 PM