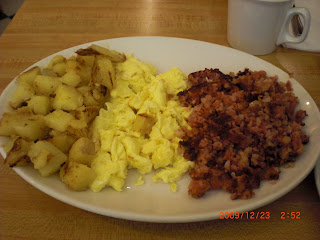 My family doctor probably won't be too thrilled at this photo and he will be even less impressed by the fact that I eat eggs three times a week. The above actually represents a breakfast platter at the diner franchise Sunset Grill here in Toronto and I always did like those potatoes, scrambled eggs and corned beef hash.😋


Two of those times that I do eat eggs in the morning...they come in the form of hard-boiled eggs. I've actually come to enjoy soft-boiled ones as well, but my start came with those 12-minute versions. And by the way, I put shoyu on mine...always. I was absolutely shocked while I was living in Japan that some of my friends there were shocked that I put soy sauce on my hard-boiled eggs because they were either salt or Worcestershire sauce folks. I had assumed that it was just the natural thing for Japanese people to pour some of that Kikkoman onto eggs. The more you know, eh?

Well, my preamble was there to introduce Miyuki Hara's（原みゆき）"Yude Tamago to Boku" (The Hard-Boiled Egg and I) from her 1989 album "Rin"（凛...Dignified）. There's very little available in terms of information about Hara except for what I could discover on this Ameba blog. Apparently, she studied piano at the Tokyo College of Music during which she debuted as a model before starting out as a singer in 1988.

As for "Yude Tamago to Boku", I'm not totally sold on her singing skills but I do like the boppy rhythm that she creates as the composer (she also provided the lyrics) with that bit of East Asian flavour. The melody does stand out as fairly quirky pop with the synths and strings. There is something almost Akiko Yano-esque（矢野顕子）about the arrangement. Not sure what the lyrics are on about, but I'm fairly certain that she's not singing warnings about the cholesterol count.

From what I could find out online, Hara has released one single and four albums including "Rin".
Posted by J-Canuck at 7:34 PM