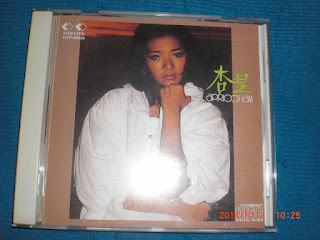 There is a trope at the "TV Tropes" website which is called "Early Installment Weirdness", and it refers to everything from advertising to TV shows to real life. For television, it talks about the early days of a particularly long-running/famous program when perhaps the cast, crew and writers were still groping for their distinct identity and hadn't quite settled into what the familiar patterns and rhythms are.

For example, in the first couple of years of the American sitcom "Happy Days", it had Fonzie in a light blue jacket instead of his Smithsonian Museum-worthy brown leather jacket and Richie and Joanie actually had a big brother named Chuck before he conveniently disappeared once the show went on before a live audience from Season 3. In the original "Star Trek", Mr. Spock was surprisingly emotional in the first several episodes of that inaugural season (he really needed a Kolinahr back then) and instead of Starfleet, there was the United Earth Space Probe Agency.


When I think of veteran singer Anri（杏里）, and I believe when many of her longtime and newbie fans think of Eiko Kawashima（川島栄子）, the images that percolate through are her R&B/City Pop funky hits that made an 80s aerobics instructor swoon. I'm thinking of "Cat's Eye" (the first Anri song that I ever heard), those amazing and dynamic tunes in the Toshiki Kadomatsu（角松敏生）years in the early 1980s through albums including "Timely!!", and then her collaborations with lyricist Yumi Yoshimoto（吉元由美）and arranger Yasuharu Ogura（小倉泰治）in the late 1980s/early 1990s in releases including "Circuit of Rainbow".

The "Early Installment Weirdness" of Anri's career (not to say that Anri is weird, all right?) then comes with her first three albums between 1978 and 1981. I've already written an article on Album No. 3 "Kanashimi no Kujaku" （哀しみの孔雀）and will get to her second release "Feelin'" in due time. I want to focus here on her debut album "Apricot Dream" released in November 1978. I found that in all three, it was very much of an exploratory time for Anri and the people around her in terms of what she could and wanted to sing about. There wasn't any of that snazzy Kadomatsu or Tetsuji Hayashi（林哲司）arrangements and things were more subdued although there was already that sense of summer in a number of the tracks in "Apricot Dream". Anri was just starting out and she was only a high school sophomore at the age of 17 when this was released. This was recorded in Los Angeles, to boot, which awakened her desire to record her albums overseas whenever possible (and apparently she's now living in LA). But I can't even imagine what she must have felt going to a foreign country as a teenager during summer vacation to record non-aidoru material with professional session musicians, so I shouldn't be surprised that things seemed far more sedate on this debut album when compared to her later releases.

Opening "Apricot Dream" is the classic karaoke fan favourite and her debut single "Olivia wo Kikinagara" （オリビアを聴きながら）which was the subject for one of my earliest articles for "Kayo Kyoku Plus". As much as her really uptempo hits later on characterize the singer that is Anri, this first release is also a trademark tune and it fits as a reflection back to her origins with that innocent-sounding keyboard intro and the shy vocals. Incidentally, all of the tracks were arranged by Ichizo Seo（瀬尾一三）.


Of the tracks for which I could find separate videos on YouTube, one is "So Long", a mellow tropical tune that was actually composed by Anri herself and written by Fumiko Okada（岡田冨美子）. As the title intimates, "So Long" goes into a bit of bittersweet farewell as a summer romance comes to an end. The arrangement had me thinking more of Jamaica rather than Shonan.


Ami Ozaki（尾崎亜美）was responsible for the creation of "Olivia wo Kikinagara"  and she also came up with "Chinese Doll"（中国人形）, a mid-tempo song about a young lady possibly comparing herself to the titular porcelain figure: all fragile and looking for someone to love her. This is one of the tracks that made me realize how young Anri was at the time, and her delivery back then seemed rather similar to folk/City Pop singer Sumiko Yamagata（やまがたすみこ）. My other observation is that it must have been a genuine thrill for her to have had a few songs created for her by Ozaki since according to her J-Wiki file, she grew up listening to her along with Yumi Arai（荒井由実）, Takuro Yoshida（吉田拓郎）, Yosui Inoue（井上陽水）and others.


Anri then dives into a bit of the funk and City Pop with "Blue City" by lyricist Okada once more and a composer named Al Hoffman who has no connection with another composer by that name since he passed away in 1960. Perhaps it's a pseudonym...I don't know. In any case, Okada weaves a story of a rather jaded seen-it-all and done-it-all city resident who is just trying to make his way through the metropolis without dying of boredom.


The album ends with "Fade Out"（フェイド・アウト）which was written and composed by singer-songwriter Kuniko Fukushima（福島邦子）, and it's an appropriately elegiac way to end "Apricot Dream" with the 1970s soft rock/country balladry. Perhaps as much as the first track, maybe "Fade Out" also has some tribute given to Olivia Newton-John since I could envisage the Australian singer tackling this one, too.


This video has the entire album so perhaps I can quickly go over the rest of the tracks. For example, at 4:38 is the second track "Rhapsody"（ラプソディー）which is one of the more uptempo songs on "Apricot Dream" with that bouncy electric piano and the City Pop haze. This was written and composed by Tomohiro Kobayashi（小林倫博）and perhaps should go along with a cup of really strong coffee before a shopping spree.

At 12:32 is "Nishibi Usurete"（西日うすれて...Fading Sunset） which is another Okada and Hoffman concoction which has Anri doing a cute vaudeville jazz number that screams for a soft-shoe dance interlude. Her protagonist is playfully wondering about her ideal boyfriend and when she's actually going to go for the gusto and grab him.

Ozaki is back with another uptempo track in "Flying Gozen Juu-ji Hatsu"（Flying 午前10時発...Flying at 10 am） at 19:32, a traveling pop song about a woman who had thought that she would be making her tropical trip from Tokyo with her beau only for a breakup to get in the way. Hate it when that happens. Ozaki's lyrics may come across as rather bittersweet but her melody illustrates that the lass isn't gonna let heartbreak stop a fun vacation.

Finally at 28:18 is "Keyword wo Sagase"（キーワードを探せ...Look For The Keyword）, another playful tune observing a likeable cad and his attempted conquests. This was written and composed by singer-songwriter Keiko Maruyama（丸山圭子）who had also provided another track from "Apricot Dream" that I've written about in the past, the more City Pop "Sozorosamu" （そぞろ寒）. This time, though, there is some more of that tropical clime feeling with a bit of a reggae beat.

Considering her later success, Anri's "Apricot Dream" may be quite an eye-opening revelation for those who are listening to the album for the first time. It did rather modestly on Oricon, peaking at just No. 51. However, despite the relatively quieter arrangement on her debut album, I think that there were seeds in there for what was to germinate in terms of how her music would be described in her heyday. Still, there were a few more years and albums to explore around for what her musical identity would become.
Posted by J-Canuck at 10:46 PM