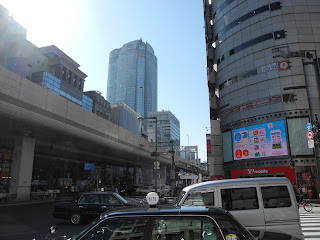 When it comes to the Masa Takagi（高木麻早）file, I've been swinging back-and-forth like a hammock in a light breeze between her 1970s folk music and some of her more urban contemporary offerings in the 1980s. For example, last month I went over Takagi's country-and-western "Omoide ga Ohsugite"（想い出が多すぎて）.


This time, I'm swinging back to the future to 1983 and her album "Pick Me Up". I've already covered one track in this AOR part of Takagi's discography, "Anata ni Say Goodbye" (あなたにSay Good bye), and now I have another track, "Shuumatsu no Gogo" (Weekend Afternoon). As with "Anata ni Say Goodbye", "Shuumatsu no Gogo" was also written by Takagi and composed by Yasuhiro Kido（木戸やすひろ）.

As has been the case with a number of folk singers in Japan, Takagi makes a good transition into the City Pop/AOR fields. "Shuumatsu no Gogo" indeed has that mellow arrangement with the guitar (and at points, I felt like the music was paying tribute to her folk days) and synths, and the entire song suggests that feel-at-ease summer weekend afternoon in the apartment overlooking the city streets below. Again, "Pick Me Up" might be one of those rarities that may need looking through the odd online auction but it can make for a fine addition to one's Japanese City Pop/AOR collection.
Posted by J-Canuck at 8:33 PM