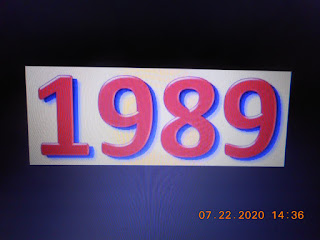 This is the second instance today where a singer's namesake(s) currently has more fame than the singer himself/herself. Earlier today, I wrote about singer-songwriter Takuya Takahashi（高橋拓也）who seems to be far more obscure than his professional sports namesakes.


Well, let me introduce you to singer Kaoru Aizawa（相沢薫）. At least, I would if there were anything that I could say about her. At the site "90s City Pop Record Book", there is a July 18th 2014 entry in which the author admits that there is basically bupkiss on this Aizawa, although on J-Wiki, there is an article about a female free announcer with the same name but no mention about any music career. Therefore, I can assume that that Aizawa isn't the Aizawa that I'm looking at here.

In any case, according to "90s City Pop Record Book", singer Aizawa released just one album titled "Mou Ichido Koi wo Shiyou"（もう一度恋をしよう...Let's Fall In Love Again） in 1989. Within this album, there is the second track titled "Kiss wo Suru no ni~Koi Shiteru no ni" which is actually a cover of the 1981 single by Chaka Khan, "What Cha' Gonna Do for Me". The crazy thing is that this particular tune already has representation on "Kayo Kyoku Plus" via Chikuzen Sato's（佐藤竹善）own cover under that original English title for the first of his "Cornerstones" releases in 1995.

Happily, it's usually a fun thing to compare cover versions, and the Aizawa and Sato takes are no exception. When I first heard Sato's "What Cha' Gonna Do for Me" on "Cornerstones", there was quite a bit more funk in there, but Aizawa's "Kiss wo Suru no ni~Koi Shiteru no ni" is far more into the late 80s City Pop with the sophisticated pop essence. There's much more downtown caviar and champagne, and those sharp horns introduce us to the good life and take us home by limousine at the end, although the song itself is about a minute shorter than Sato's cover. Also, another surprising piece of trivia but the fellow who provided the Japanese lyrics for the Aizawa cover is none other than Kenji Ozawa（小沢健二）who I just wrote about last weekend.

The author at "90s City Pop Record Book" also stated that when he was browsing about, he found a copy of the album for the low, low price of 500 yen! It's probably gone haiban since then and with all of the newfound interest in City Pop in the last few years, if there are any copies left going around on the auctions, then the price is probably a whole lot higher. In fact, there is one copy of it at a Yahoo auction, and the starting bid is for 30,000 yen! That price is not gonna do anything for me.


Seeing that I provided Chaka Khan's original for comparison in the Sato article, I will do the same here for Aizawa. Here is a 2014 cover of "What Cha' Gonna Do for Me" from "Separate Oceans" with Ned Doheny, who had created the song along with Hamish Stuart.
Posted by J-Canuck at 10:20 PM