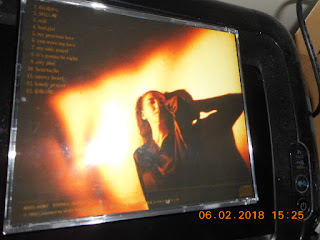 Moving from an old abode to a new one can be frankly distressing. You've been comfortable in your old place for years and years but then it's time to move onto a new home in a completely different neighbourhood or city. There's that feeling of sadness mixed in with that feeling of anticipation of moving into the new apartment or house and how you can shape it into something that is your own.

That was certainly the case for my family when we moved from the inner city where I'd spent the first 11 years of my life to where we've been out in the 'burbs for the past few decades. Since then, I've been through that a few times with my moves to Japan and then coming back home from Japan for good at the end of 2011. Also, I have a friend of mine in Tokyo who recently moved into a new home not too far away by car from his old place so I'm paying tribute to him and his family through this article tonight.


The reason that I'm waxing philosophical about moving is that the topic of this KKP article was the theme song for a 1991 TBS drama titled "Sore demo Ie wo Kaimashita"（それでも家を買いました...I Still Bought The House） which dealt with a young married couple suddenly having to make the move from Kobe to Kanagawa Prefecture due to work demands. I didn't read the entire synopsis at J-Wiki, but I did see the phrase "Bubble Era" so I can imagine that the show may have gone into how many folks were plunking down their down payments for those lovely houses and condos only for things to go topsy-turvy with the collapse of the high-flying bubble.


Singer-songwriter Kumi Showji（障子久美）was responsible for words and music and performance of the theme song "Ano Koro no Youni" (Just Like The Old Days). So far, I've highlighted her R&B/City Pop stuff, but with her 2nd single here released in May 1991, "Ano Koro no Youni" is mostly straight pop with the arrangement portraying a mix of melancholy and hope...just like how a move probably feels like. There's a bit of soulful piano/synth played away near the end, though.