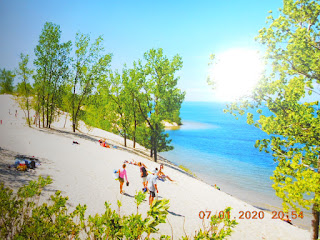 Just finished off writing an article on a commenter-recommended number on his own Happy Song list, and this is also from another commenter with a similar name of Mike with his own smile-creating summer tune.


I'll first let Mike himself talk about this obscure group called Kaja（カヤ）through the comments that he posted:

I suppose my list would start off with “Marine Blue Sky” by Kaja:

I listened to it just before reading this post, and it always makes me think of summertime, always puts a smile on my face. Kaja (no relation to the Kajagoogoo spinoff) were another Yamaha Festival act. Award winner at the 19th Popcon in May of 1980, and a finalist at the 11th World Popular Song Festival in November of that year. It seems they only ever recorded one more single, 1981’s “Anata e no sanka.”

Aside from Mike's information, I couldn't find anything else new about this band aside from the fact that they lasted between 1978 and 1982. Their debut single was indeed "Marine Blue Sky" which has been noted on Hip Tank Records as a 1981 release, and from their originating year of 1978, I can assume that Kaja did a lot more touring about than recording singles or albums.

"Marine Blue Sky" is a late 1970s/early 1980s bright summer day of a song, perfect for that drive in the Toyota along the coast from Tokyo to Hakone. There is the disco beat and the resonant soulful vocals by Kayoko Ono（小野賀曜子）who also provided the lyrics of indeed escaping from the city and down to the beaches. As for the melody, that was composed by Norihiko Tachibana（立花紀彦）, the guitarist for Kaja (and the fellow whose YouTube channel has provided this song), and it sounds like the perfect summery tune that I would hear on Japanese radio of those times and also on a number of seasonal commercials. The arrangement was taken care of by Katsu Hoshi（星勝）, formerly of the Group Sounds band The Mops, who I first knew for his work on Anzen Chitai's（安全地帯）"IV" LP. He's also contributed to a number of other singers such as the mysterious Takako Mamiya（間宮貴子）.


As for the other members of Kaja, they are Tohru Usuyuu*（瓜生徹）on synths, Yasumasa Ito（伊藤保正）on bass, Shinji Yoshihara（吉原慎二）on piano, and Takayuki Fujiwara（藤原隆幸）on drums, and Kenji Ito（伊藤賢二）on guitar. Usuyuu especially lets her rip on his instruments bringing some good ol' nostalgic sounds. I do wonder if "Marine Blue Sky" had ever been used for a JAL or ANA commercial.

*Several readings for that last name exist and I couldn't confirm the right one for the synthesizer player. If someone can confirm the family name, then I would greatly appreciate it.
Posted by J-Canuck at 1:38 PM