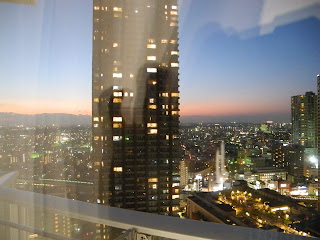 It's always a pleasure to listen to J-R&B chanteuse Harumi Tsuyuzaki（露崎春女）. Perhaps she didn't become quite as famous as Misia on the charts and in media but there's no denying that Tsuyuzaki has always possessed the soulful chops.


I do have this track on her 4th album "Believe Yourself" from August 1998 and "Feel so real" was also released as Tsuyuzaki's 7th single in July of that year. Written and composed by Anders Bagge with co-writing credits to Shoko Fujibayashi（藤林聖子）, the song is another slice of happy-go-lucky sunny soul with some dexterous piano playing near the end. Tsuyuzaki's vocals aren't quite as unleashed here as they are in some of her other material but they do purr and soar throughout the song.

From the thumbnail for the video, "Feel so real" was used as the intro song for the weather report on TV Asahi's "News Station". I think that would be wholly appropriate.
Posted by J-Canuck at 8:43 PM

Email ThisBlogThis!Share to TwitterShare to FacebookShare to Pinterest
Labels: 1998, Harumi Tsuyuzaki, J-R and B, Single